The figures are startling, and prove just how easy it is build up debt.

We at Aspire Housing realise that running a home can sometimes be a major worry; it’s not just your rent that you have to pay, but all the other bills that run alongside it, and we know that its sometimes difficult to know what to pay first, especially when everyone is demanding money.

But, we can help.

Aspire Housing’s Money Advice Team (MAT) can help if you need advice around debt, advice on how to budget, or if you need help in claiming all the right benefits. It is sometimes difficult to see a way out of a situation, but MAT will help by pointing you in the right direction or even liaising with other organisations to alleviate your concerns. MAT also provides guidance on money saving ideas such as fuel switching, reducing water tariffs, and getting cheap contents insurance!

The problem with debt is that unless it’s addressed, it won’t go away on its own. The first step is to realise that you may be in trouble and decide to tackle it. The ultimate downside in trying to ignore the problem is that if you fall behind with your bills, you are at risk of legal action being taken, prosecution, or the worst scenario, eviction.

As an example, we recently helped a customer (let’s call him Mr Smith) who felt at his wit’s end when bailiffs arrived at his door. Our team negotiated with the bailiffs, made an arrangement for him to pay off his debt, then looked at all his other unpaid bills. We were able to organise them and make arrangements with all the creditors to satisfy their requests for payment.

Mr Smith was always overdrawn at his bank. When his wages were paid in, the overdraft was cleared, but only just, and this left him short for his bills resulting in him going into his overdraft the following week to live. He was being charged for this overdraft by the bank. We arranged that he open a new bank account, had his wages paid into that account, then made an arrangement with the other account to pay a small amount each week to clear the debt.

Our Mr Smith was also in debt with his rent and kept missing his payments, so we set up a direct debit from his bank so that he never missed a payment again.

We then went on to look at Mr Smith’s health and recognised that he should be claiming PiP as he had a long-standing illness that prevented him from getting to work regularly.

Mr Smith is now on the path to clearing his debts, claiming his rightful benefits and able to cope with everyday life.

It’s easy to get the help you need if you ask us. You don’t need an appointment, just come along to one of our surgeries and talk to us. We will sort out the immediate problem then make an appointment for a more in depth discussion later.

We have drop-in surgeries at:-

If you are unable to attend a drop in, phone us on 01782 635200 and we will try to fit you in another time. If your issue(s) can’t be resolved at the first visit we will arrange follow up appointment(s) at your convenience. You can also access Money Advice on our website https://aspirehousing.co.uk/your-home/help-and-advice/money-advice/

#webuild campaign is stepping up to deliver 88,000 homes.

Aspire Housing are part of PlaceShapers, the national network of over 100 community-based social housing...

Aspire Housing’s Housing Services Team is celebrating this week after receiving a national award for its work... 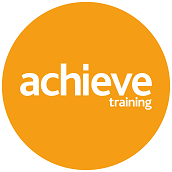